Paid social advertising: which platforms to embrace and why

Before the age of digital marketing, a marketer’s greatest weakness was their inability to effectively reach their target audience in the right place, at the right time, and without experiencing high levels of wastage.

Much to delight of the marketing community, the internet, along with social media, paved the way for hyper-targeted marketing campaigns – helping businesses to reach their target audience using the abundance of data social media giants harvest from their users.

However, as an increasing amount of social media platforms turn to on-site advertising to cash in on their customer data, firms begin to find themselves spoiled for choice when it comes to selecting the channel that will yield the highest return on marketing investment.

Truthfully, there isn’t a secret channel mix formula or framework that serves all firms equally. Each advertising platform has its own strengths and weaknesses in terms of how you can showcase your brand and how you can target those who are most likely to take meaningful action with you.

This article explores the nuances between platforms with an aim to enable you to make the best choice for your firm’s ‘paid social’ advertising campaigns.

One widely acknowledged drawback of advertising on Reddit is users’ unfamiliarity of being advertised to. The platform serves as an online community for different interest niches, and users visit the site to engage in authentic content that they deem valuable to their ​sub-reddit community​. ​

If your advert doesn’t strike the right cord within a particular subreddit, members won’t hold back from letting you know by using the ‘downvote’ button. That being said, if you ensure that your product or service offering provides significant value for the communities it’s targeted at, then Reddit advertising can yield high results. After all, Reddit is home to some of the largest and most engaged user communities on the internet. Just last month Reddit proudly boasted that their platform has more consumer tech enthusiasts than CNET, Wired and TechCrunch combined. Furthermore, in the aim of defeating the long-held assumption that ‘Reddit is for computer nerds’, the platform declared that they have more sport fans and health-conscious visitors than Men’s Health, Women’s health, LiveStrong, ESPN, MSN Sports and Sports Illustrated combined. Impressive.

❌ Users are openly opposed to advertising

As an accountancy firm Reddit doesn’t allow you to target your audience effectively by job title or seniority, hindering your ability to put yourself in-front of decision makers. If you have excess budget then Reddit could help you reach a niche that your competitors can’t, but in general it will result in a large amount of wastage.

LinkedIn has become the home for B2B marketing and advertising to decision makers. This isn’t without good reason – the platform recently revealed that four out of five of their users are drivers of business decisions within their company.

LinkedIn’s unique selling point as a platform is that unlike its competition, their users have a professional incentive to ensure their job information is up-to-date. Users rely on keeping their profiles current in order to maximise their potential to progress their own careers. This is more than handy for advertisers who can identify that their target audience is likely to fulfil particular job roles, or operate within specific industries. Need to get your brand in-front of accountants? Simply target those with ‘accountant’ within their job title.

The platform isn’t without its drawbacks though, especially when it comes to usability. The interface is clunky when compared to that of the competition, and reporting isn’t available in as much detail as the likes of Facebook and YouTube. It is also considered to be at the more expensive end of the paid-social advertising spectrum, which comes at no surprise when you consider that the average LinkedIn user has twice the spending power as the average web audience.

✅​ Users have 2X the spending power

❌ Campaigns can be costly

LinkedIn hosts the powerful targeting opportunities that can supercharge your firm – you can reach high-value decision makers consistently and with a variety of placements. If you had to choose one platform to promote your services, this would be it.

Facebook, especially following the acquisition of Instagram in 2012, have been considered industry leaders in the facilitation of paid-social media advertising.

Their audience segmentation and targeting tools are unrivaled, and the introduction of the Facebook Pixel further solidified their place within most digital marketers’ campaign mix. Facebook has over two billion monthly users, which when combined with multitude of ad types and placements available to advertisers, makes it a dream for reaching the right audience, in the right place and at the right time.

The interface is tidy, it’s beginner friendly and it’s inexpensive – so what are the drawbacks? In short, rules. Following Zuckerberg’s platform being publicly scrutinised for their misuse of data, they’ve opted to try and rebuild user trust through clamping down on advertisers. The regulation in place often intrudes on advertiser’s ability to execute campaigns as they’ve been designed – and Facebook is notorious for placing instant and indefinite bans on advertising accounts.

Facebook is usable, functional and has the numbers to support a strong campaign for your firm’s digital marketing campaign, but lacks all the relevant information to minimise wastage. In short: include it, but don’t rely on it.

YouTube search engine is quite literally the second biggest in the world, falling second only to their parent brand, Google. With over 2 billion monthly users, it’s a hard platform to leave out of your digital marketing campaign.

Video content is rich, engaging, and is incredibly effective in driving meaningful interactions with your brand…if it’s executed correctly. That’s a big ‘if’ – all too often brands feel pressured to be seen on YouTube, likely because their competition has moved into that space, and they scramble to produce video content that doesn’t represent their brand in the most effective way. In a world where adverts are skippable and users have come to expect high-quality content, something rushed and lacking strategy isn’t going to deliver the desired cut-through.

One of the lesser utilised benefits of advertising on YouTube is the integration with Google Ads. Linking the pair makes cross-channel remarketing seamless, and the benefits of multi-touchpoint campaigns are hailed far and wide.

YouTube has the ability to reach your audience, but for most firms video isn’t the correct way to communicate their services effectively. If you have access to powerful video content, then YouTube should be included in your mix.

Twitter is another lesser-utilised paid advertising platform – mostly because marketers don’t understand how to incorporate it into their channel mix effectively. It’s conversation lead, and despite character limits, has become a hub for users to stay up-to-date with global ongoings. As a result, brands that have a license to create meaningful conversation often prosper on Twitter, whereas brands with a less sociable personality struggle to engage with purpose.

An often overlooked benefit of Twitter is that users frequently update the brands they’re following on the platform. This is a sore point for Facebook, who are often criticised for holding out-of-date information on users. This allows advertisers to target followers (or lookalikes of followers) of Twitter accounts that are followed by their target audience – a really powerful targeting strategy.

A benefit for beginners is the linear nature of campaign results. Platforms like Facebook can see hit-and-miss results: one day conversions are flying in. The very next day? No clicks or engagements at all. Twitter performance tends to be more consistent, making it easier for beginners to understand which variables of their campaigns are driving results. However, this isn’t to say that campaign analysis is as beginner friendly – conversion tracking isn’t as detailed or powerful as the likes of Facebook, which can be frustrating at the best of times.

❌ Less users than other platforms

Users are engaged and accounting firms have an active audience on Twitter, but most lack the brand license to engage with audiences in the right manner. Firms that strike the right chord with audiences can drive meaningful action, but it isn’t effective for everyone.

Clearly, no platform is perfect, and each platform certainly isn’t for everyone. Hopefully this article has helped you to gain a better understanding of which is going to be most suitable and effective for your brand and I look forward to seeing your ads in the social sphere soon. 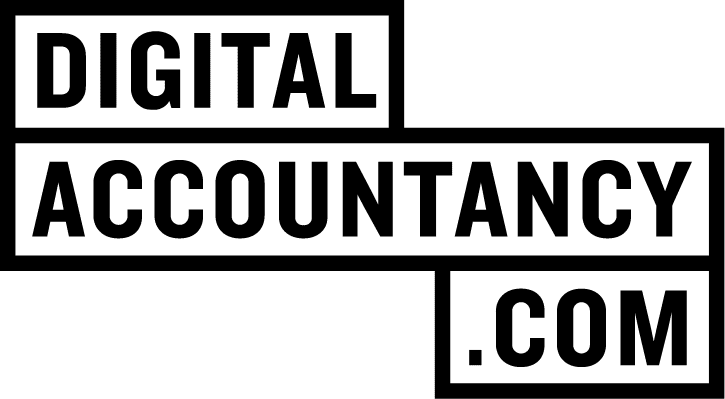